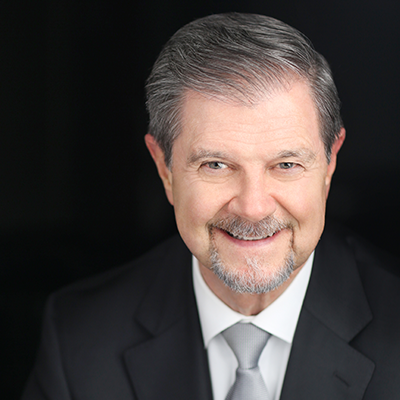 In an energy industry career spanning 36 years David has conducted business in over 16 countries. He has managed various forms of the business and has established a strong external reputation in the energy industry.

As BC LNG Alliance’s President and CEO, David has responsibility for promoting and developing a robust LNG export industry in British Columbia that is safe, environmentally and socially responsible.

David was named President and CEO of the BC LNG Alliance in August 2014. Prior to joining the Alliance, David was with BG Group for 10 years serving as Vice President, Policy and Corporate Affairs. Before joinging BG he was with Dynegy Inc. as Vice President and Chief Administrative Officer of Dynegy Europe. David also spent several years with Apache Corp. and Conoco, Inc. He also spent nine years as a helicopter pilot in the US Army.

David is Vice Chairman of British Columbia’s Workforce Development Advisory Committee, is a member of the Board of Directors of the Immigrant Employment Council of British Columbia and has been appointed by the Government of Canada to the Track II Energy Dialogue between Canada and China, which seeks to increase energy trade between the two countries.