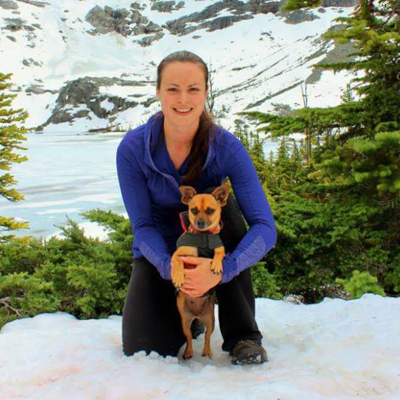 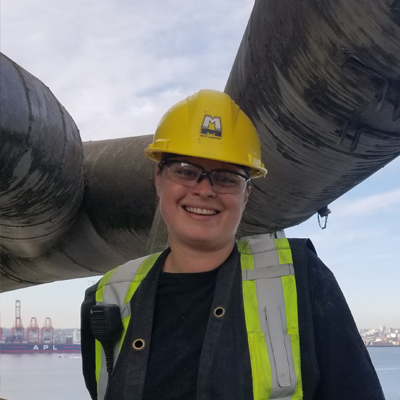 “For it is the fate of a woman, long to be patient and silent, to wait like a ghost that is speechless, till some questioning voice dissolves the spell of its silence.”

These are the words tattooed on the inside of Emelia Colman-Shepherd’s right forearm.

More than mere body art, they beautifully capture her ethos as an advocate for women in general, and for tradeswomen in particular.

Indeed, Colman-Shepherd is quite literally channeling the voice in Longfellow’s poem as the new coordinator of mentorship for the BC Centre for Women in the Trades.

"Just sitting around and complaining doesn’t amount to anything,” says Colman-Shepherd. “I want to help change the culture so that women can start and finish their apprenticeships and thrive in their careers."

A former competitive rower, Colman-Shepherd was already accustomed to setting goals and working hard to meet them when she began her journey in the skilled construction trades in 2012. But she wasn’t accustomed to being treated differently simply for being a woman, which is exactly what she experienced.

Colman-Shepherd, 30, is a journey-level electrician with Local 213 of the International Brotherhood of Electrical Workers. But like so many women, hers was not a direct path to a career in the skilled trades.

A former member of Canada’s national U-23 rowing team, she accepted a year-long athletic scholarship to the University of Virginia upon graduation from high school. After her year Stateside, she returned to B.C. and enrolled at Simon Fraser University, intent on an arts degree. She started to have misgivings about her choices when the friends who began graduating ahead of her still couldn’t find jobs that paid enough to support them, let alone offered any sort of pension or benefit plans.

It was a heart-to-heart conversation with her dad gave Colman-Shepherd a new perspective on her future.

“He said that no one loves every second of every day of their job, but if you can pick something that aligns with who you are and what you like to do, you’ll enjoy it a lot more.”

A life-long athlete, Colman-Shepherd set her sights on a career where she could apply her high level of physical fitness, problem-solving skills and collaborative working style. So she started her electrical apprenticeship and achieved journeyperson status four short years later.

“I wanted to be a journey by the time I was 30, so I always said yes to every overtime shift; once I had that ticket in my sights, I was determined.”

Colman-Shepherd’s path was not without its bumps. A lengthy wait list at the BC Institute of Technology meant she spent two years as a traffic control person at road construction sites before starting her electrical apprenticeship. Even though the delay meant putting off her career, Colman-Shepherd looks back on those days as her introduction to how women are treated in the trades.

“It helped me get used to the politics and the attitudes toward women in construction.”

Colman-Shepherd earned her ticket in 2016, and today she is the first woman elected to her union's executive board, she sits on the minority caucus, she is on the executive board of the Vancouver & District Labour Council, and she is co-chair of the labour council's women's committee.

And in September, she became one of two full-time coordinators at the BC Centre for Women in the Trades.

“This job is actually my wildest dream,” she says. “It’s my shot at making a difference.”