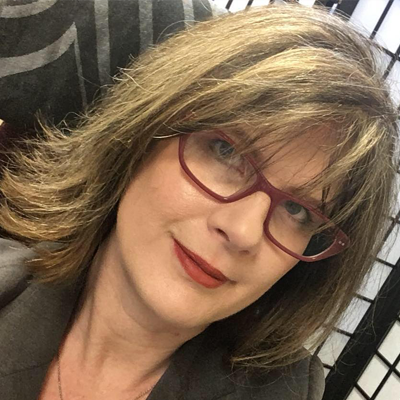 Corry Anderson-Fennell worked for almost two decades as a newspaper reporter and editor before switching to public relations in 2007, just as the media landscape was beginning to change.

Corry then spent several years as a professional communicator in the non-profit and public sectors before finally landing her dream job as the director of communications for the BC Building Trades, where she joyfully applies her wordsmithing skills to all things labour, from supporting women in the unionized construction sector to advocating for Community Benefits Agreements on public infrastructure projects.

Corry’s portfolio includes supporting Build TogetHER, the women’s committee of the BC Building Trades. Build TogetHER is a national workforce development program of Canada’s Building Trades Unions focused on the recruitment and retention of workers from underrepresented groups. The B.C. chapter includes members from various affiliated BC Building Trades unions, who engage at the local, provincial and national level bringing attention to the skilled construction trades as a viable career choice for women.

Prior to joining the BC Building Trades, Corry worked in communications roles for the BC Society for the Prevention of Cruelty to Animals, the Surrey School District and Kwantlen Polytechnic University. She is a storyteller by nature and she’s always been blessed to have people around her willing to share their stories of the human—and sometimes animal—condition.

Corry has a master’s degree in professional communication from Royal Roads University. She and her husband, Randy, who is an electrician with the Surrey School District (CUPE) and a member of the International Brotherhood of Electrical Workers Local 213, live on a floating home in Ladner, B.C., with their dog, Lana, who was rescued from Havana, Cuba.